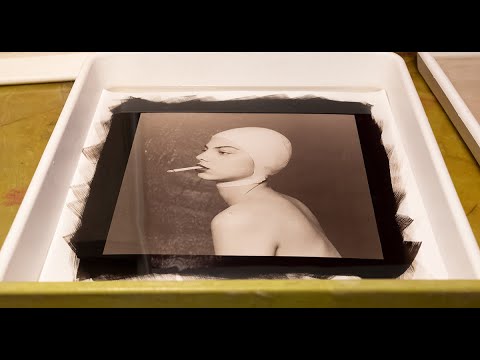 I was recently in Cincinnati Ohio for my latest gallery and while i was there I visited Country Day and did an interview with a 16 year old by the name of Margaret Hodson, she was more informed and asked me some of my favorite questions i have ever been asked, it was quite the experience her research was better then quite a few veteran journalists whom have interviewed me! So I thought I would post this as I don’t know if you plans to be a journalist but if she does someone should snatch her up soon, as she is a diamond in the rough…

I had to edit this slightly to fit on the page…

Caption: Photograph by Tyler Shields
I really did think someone was going to pass out. In our fame-obsessed culture, the notion of celebrity-induced fainting isn’t out of the ordinary. It was normal for nerves to be running high; After all, a world-renown photographer and provocateur extraordinaire was about to enter the halls of Cincinnati Country Day School. There was some quick-footed jumping up and down and lots of high-pitched squealing.  The students assembled outside of the dining terrace were on edge waiting for Tyler Shields to walk through the front door.
Perhaps the most amazing part of Tyler’s visit was how quickly the nerves were soothed. His presence is not at all imposing or haughty, but very down-to-earth. He didn’t come with a large entourage but did bring actress friend Ana Mulvoy-Ten, a model in many of his pictures. She’s also well-known for her role as Amber Millington on Nickelodeon’s House of Anubis. Tyler also brought with him lots of stories: some funny, some serious, and all fascinating. The almost hour-long Q&A session was like a conversation with a close friend, albeit one that has jumped off an oil tanker and broken into a building. Tyler–not Mr. Shields–had an open and honest manner about him that it put the entire group at ease. While a group of around 30 Country Day students sat on the carpeted floor of Messer Gallery, Tyler sat nonchalantly on the stairs, elbows resting casually on knees. It was in this relaxed position that he delivered some of the most out-of-this-world stories I have ever heard.
For starters, there was the time Tyler was almost robbed by some gang members in a “questionable” part of town. Although his camera cost $40,000, he managed to convince the men that it was completely worthless. He recalls saying, “This is an old film camera, nobody cares about this! You should steal some digital cameras.” Although Tyler was shooed off the street, he left unscathed with camera in tow.